We have finally heard from our distributor that the supplemental Season One Binder will be available for shipment at the end of March 2017. 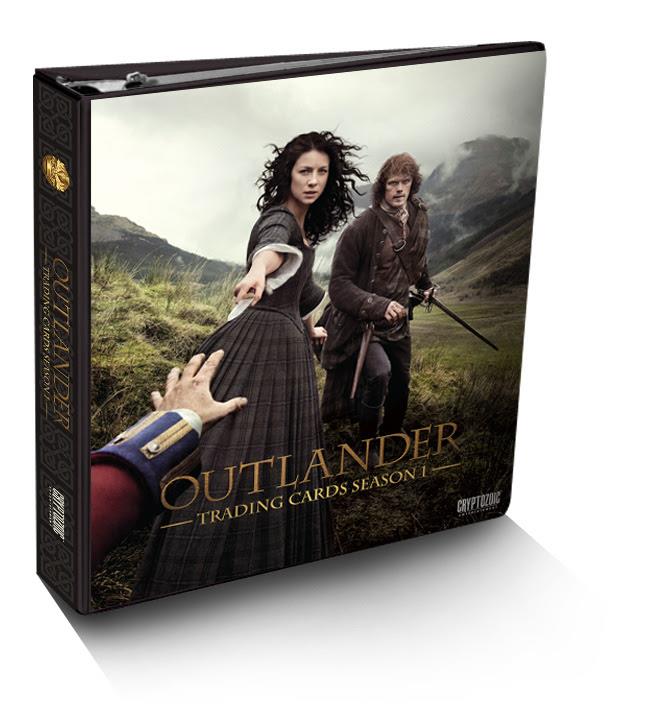 The following information was released on February 14, 2017.

Cryptozoic’s new binder is for diehard fans running out of space to store all the cards from Outlander Trading Cards Season 1.

Highlighting the romance and drama from the first season of Starz’s hit series, the set takes collectors back in time with Claire Randall, a married World War II combat nurse who is mysteriously transported back in time to 18th century Scotland, where she falls in love with the chivalric Jamie Fraser.

Featuring art from the second half of Season 1 on the cover, the binder comes with an exclusive Outlander Promo Card and 20 binder pages.